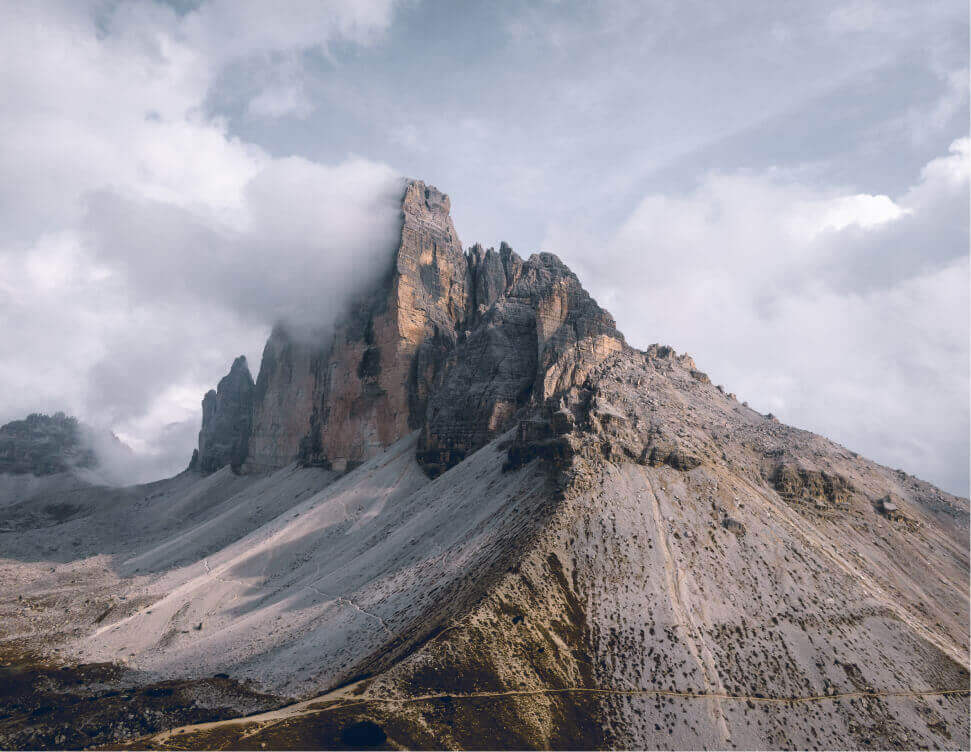 There's nothing worse than a storm rolling in and ruining your plans for a trip into the mountains. But if you're stuck at home for bad weather, not all is lost. You can spend the day watching some of the best mountaineering documentaries streaming right now on Netflix, Amazon, Hulu, and YouTube.

When we say mountaineering documentaries, we mean films that take place deep in the mountains, not in Yosemite Valley. Think Banff Film Festival rather than Reel Rock. If you have to spend the day inside, scenes of snow, mixed climbing, and first-ever summit attempts are what you need.

So, make some popcorn on your camp stove, inflate your sleeping pad, and pull up one of these 10 mountaineering documentaries.

Years before filming Free Solo, photographer and film maker Jimmy Chin embarked on a journey to a mountain known as Meru in the Himalayas. The team - which included legendary The North Face mountaineer Conrad Anker and Renan Ozturk - failed on their first attempt and suffered everything from hunger to gangrene as a result.

The second attempt comes after both Chin and Ozturk suffer dangerous accidents. The film also chronicles each climber's difficulties and fears, with a particular focus on Anker's decades-long mountain climbing career.

Touching the Void is a 2003 mountaineering documentary that will leave you with nightmares. It tells the story of Joe Simpson and Simon Yates' climb on Siula Grande, one of the tallest mountains in the Peruvian Andes.

After summiting successfully, Simpson breaks his leg during the descent and is lowered off a cliff. Ultimately, Yates has to cut the rope and drop Simpson to what is presumably his death. Incredibly, Simpson survives and makes it back to camp several days later.

The film combines dramatized scenes and interviews with Simpson and Yates. It's been listed as one of PBS's "100 best documentaries of all time."

The "Magic Line" is a climb on the K2 first spotted by Reinhold Messner, who called the climb "suicidal." It turns out, Messner wasn't far off. The Magic Line killed five of the earliest climbers who attempted it, and it added to K2's reputation as the most dangerous mountain in the world.

Then, in 1988, a Yugoslavian team attempted the route and made one of the most awesome climbing documentaries ever produced along the way. Magic Line is the story of the 1988 expedition on what is arguably the hardest mountain in the world.

This is a spectacular 2018 documentary produced by The North Face. The 23-minute film captures a 2018 expedition in which Hillaree Nelson and Jim Morrison climbed Lhotse, the fourth-tallest mountain in the world, and skied off the summit.

The film does an incredible job capturing the emotion of the expedition and the scale of the ski route. It's certainly a must-see film for any aspiring ski mountaineers.

The Southeast Ridge of Annapurna III is considered one of the last unsolved mountaineering problems in the Himalaya. It involves highly technical climbing in frigid conditions, terrible weather, and intense exposure.

This short 12-minute film chronicles the 2016 attempt on Annapurna III by three of the best young alpinists in the world - David Lama, Hansjörg Auer, and Alex Blümel.

The trio makes it all the way to 6,500 meters, only to be turned around by the challenge of the mountain. To this day, Annapurna III remains unclimbed.

6. Breathtaking Look at the Man Who Climbed Everest 21 Times

This lighthearted mountaineering film shines a light on the Sherpas who enable so much of the climbing that happens on Mount Everest. In particular, it focuses on Apa Sherpa - a man who, over the course of 21 years, summited Mount Everest 22 times.

This BBC-produced documentary takes a retrospective look at K2, known widely in the mountaineering community as "The Killer Mountain."

The film seamlessly blends historic footage, interviews, and reenactments to give non-mountaineers a sense of what it's like to come up against one of the most temperamental mountains in the world.

For modern climbers, the look back at what mountaineering expeditions used to be like is particularly interesting - today's gear is certainly a lot lighter!

If you're having regrets about not going out into the mountains despite bad weather, this mountaineering film will change your mind. It follows two climbers, Tamara Lunger and Simone Mora, as they attempt the first known winter ascent of Pik Pobeda.

This 3,003-meter summit experiences temperatures as low as -95F in the depth of winter, and the entire mountain is encased in ice. The film itself is a tutorial on how to prepare for extreme cold, and how to approach a trip that's certain to involve deep suffering.

Mirror Wall is more of a rock climbing film than a mountaineering film, but it takes place on the polar ice cap of Greenland - so it involves all the expeditionary elements that you'd expect from a remote alpine climb.

Prior to this documentary, the 1,200-meter spire of rock had never been climbed. So, the film covers a lot of the details of expedition planning, managing a climb when the mountain itself is largely unknown, and the challenges of doing anything in Greenland's harsh environment.

Much of this incredibly emotional documentary by film maker Renan Ozturk (who was with Jimmy Chin on Meru) takes place in the jungle of Myanmar rather than in the alpine.

It follows a team sent by The North Face to summit Hkakabo Razi, an unclimbed and little-known peak, and to determine whether it's the highest point in Southeast Asia.

The team suffers logistical challenges every step of the way as well as personality clashes that threaten to end the expedition before it even gets underway. The documentary emphasizes the motivations driving each team member and the degree of suffering people will go to in order to realize their dreams.