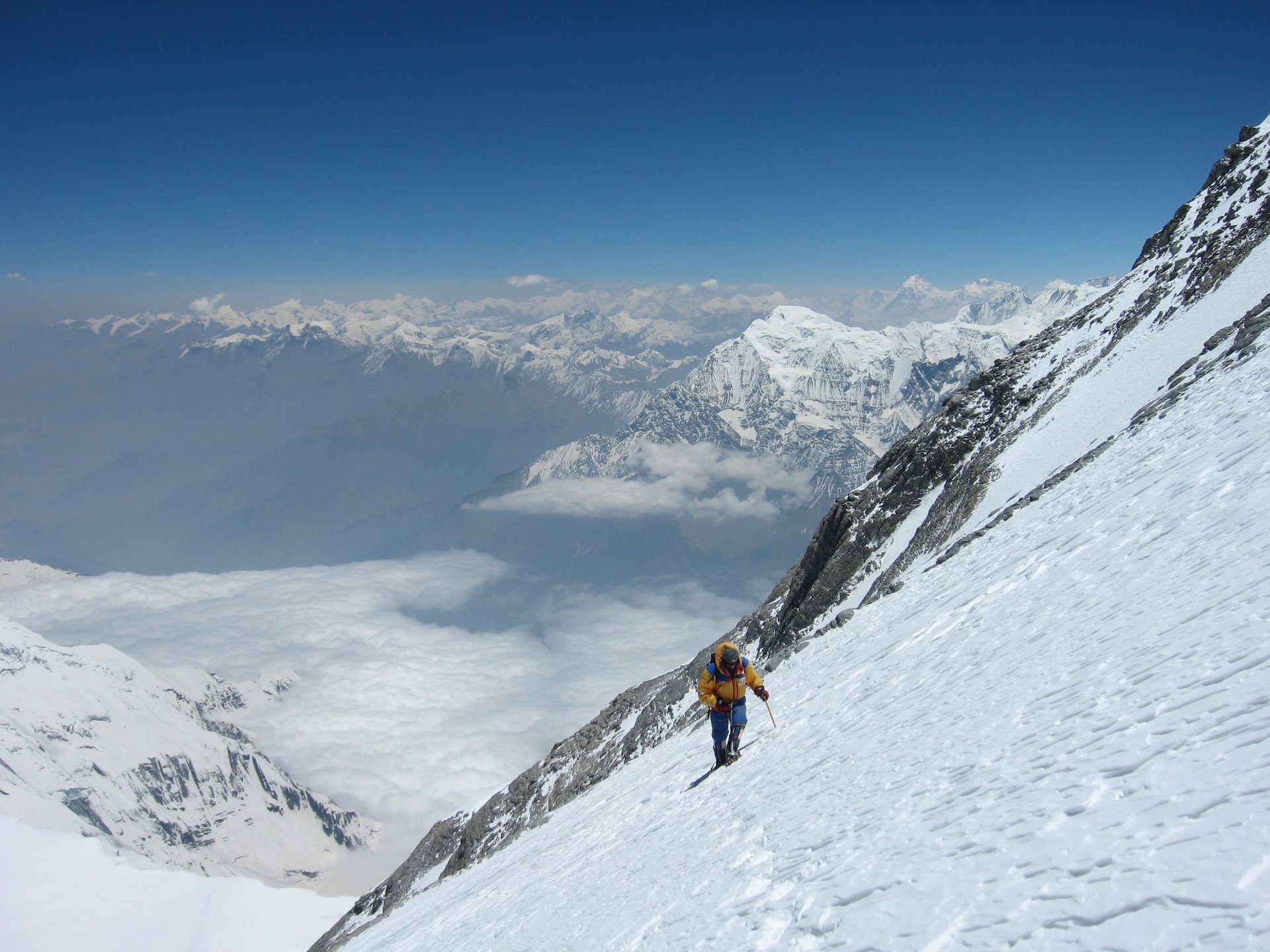 Traveling through the mountains in winter means moving through avalanche terrain. Avalanches are incredibly dangerous and kill an average of 27 people in the US each year, most of them backcountry skiers and snowboarders. The number of avalanche fatalities has been rising as backcountry usage has exploded in recent winters.

The best defense against avalanches is to avoid them altogether. Skiers, splitboarders, and snowshoers need to be able to recognize avalanche terrain, understand snow conditions, and be able to make smart decisions about when and where—and where not—to travel.

When the worst happens, backcountry travelers need to be prepared to rescue partners quickly in the event of an avalanche. In this guide, I’ll explain the three essential pieces of avalanche safety gear that every skier, splitboarder, and snowshoer should carry: a shovel, beacon, and probe.

The goal of this guide is to explain how to choose an avalanche shovel, beacon, and probe. I won’t go into great detail on how to use them, but these safety tools are only really useful with a strong knowledge of how to conduct an avalanche rescue.

During a full burial, the survival window for an avalanche victim is only about 10 minutes. It’s absolutely essential that you know how to locate a victim and rescue them efficiently.

I also can’t overstate the importance of learning how to avoid triggering an avalanche in the first place. Rescue should be seen as a last resort. If you or your partner triggers an avalanche large enough to bury someone, you’re relying largely on luck to make it out of the backcountry unscathed.

To that end, everyone in the backcountry touring community should make avalanche training a priority. The American Institute for Avalanche Research and Education (AIARE) is a terrific resource and offers courses that every skier and snowboarder should take. Bruce Temper’s book Staying Alive in Avalanche Terrain should also be considered essential reading at the start of every season.

Many areas in North America have avalanche centers that offer forecasts and backcountry observations. Always check the forecast before you head out and understand how conditions can change throughout the day. When in doubt, be conservative in your decision-making and stick to low-angle terrain.

An avalanche shovel is a lightweight snow shovel designed to help you dig out your partner in the event of a burial. It’s also an incredibly useful tool for digging a snow pit to evaluate avalanche conditions and for building a shelter for snow camping.

An avalanche shovel consists of three parts: the blade, shaft, and handle.

Think twice before you simply choose the smallest and lightest avalanche shovel. If you actually have to rescue a partner in the backcountry, a narrow blade that doesn’t lift much snow can end up costing precious time.

Most avalanche shovels have a collapsible shaft. This is nice because you can extend the shaft to get more leverage when digging. You’re less likely to tire out your arms and back, so you can dig efficiently instead of slowing down after a few minutes.

Avalanche shovel handles come in T-grips, L-grips, and D-grips. T and L-grips are lightweight and compact, but they’re difficult to grab with mittens. D-grips take up a little more space in your pack, but they’re a bit more versatile.

Personally, I use the G3 AviTECH shovel (pictured above). I’d also recommend the BCA Dozer 1T as a slightly lighter option.

Most of the time, your avalanche transceiver should be set to transmit. If you’re buried in an avalanche, your transceiver will broadcast a signal so that your partners can find you.

After an avalanche, all rescuers in the area should set their beacons to search mode. They will then search for signals from any transmitting beacons and help you home in on a buried avalanche victim’s location.

Modern avalanche transceivers are designed to be intercompatible and there are only minor design differences between them. These are mostly related to how they display data in multi-burial situations. Whatever beacon you choose, make sure you know how to use it in a rescue.

One thing to keep in mind is that you should only use beacons that have three antennas. Older two-antenna models are less accurate and are rapidly being phased out of the backcountry.

A beacon will help you get close to an avalanche victim. But to know where to dig, you need an avalanche probe.

Avalanche probes are collapsible poles that can be used to poke around for an avalanche victim buried in the snow. They’re relatively simple and most are made of aluminum, although you can get a carbon probe to save a little weight.

The biggest decision when choosing an avalanche probe is length. Most backcountry skiers and riders opt for a 300 cm probe, which is about 10 ft long. Burials deeper than 10 ft are uncommon and are almost always unsurvivable.

It’s worth discussing avalanche airbag backpacks as a fourth essential. Avalanche airbag usage has been repeatedly proven to save lives when avalanches occur by preventing skiers and riders from being buried.

If you’re wearing an avalanche airbag backpack, you pull a cord to inflate the airbag as soon as you’re caught in an avalanche. The airbag won’t stop you from being carried, but it will help you stay close to the surface of the debris pile and can turn what would have been a deep burial into a partial burial or no burial at all.

Avalanche airbag packs are still relatively new, and they’re often heavier and more expensive than traditional touring backpacks. However, for the extra margin of safety they provide, you should strongly consider carrying one.

It seems increasingly likely that avalanche airbag packs will be considered essential backcountry safety gear alongside shovels, beacons, and probes within the next several years.

Staying safe in avalanche terrain starts with taking a conservative approach and avoiding choices that could lead to triggering an avalanche.

When an avalanche does occur, it’s essential that you have a shovel, beacon, and probe to rescue your partner. Every backcountry traveler should educate themselves on how to use these tools in a rescue and practice with them each season.