How Do You Choose the Best Mountaineering Tent? 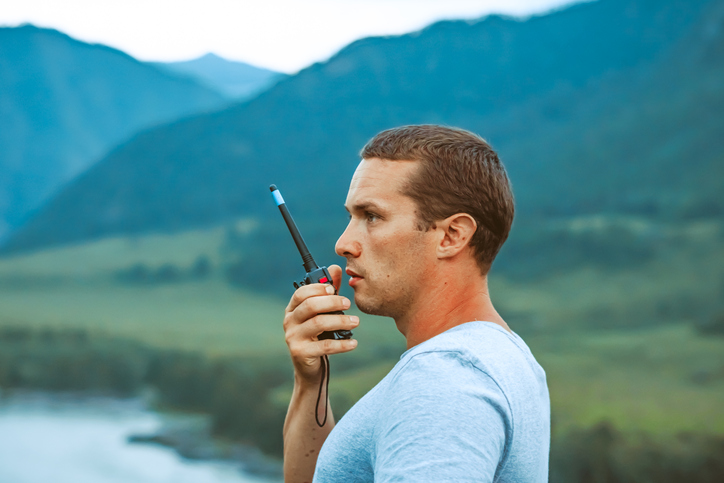 The 6 Best Two-way Radios For The Mountains 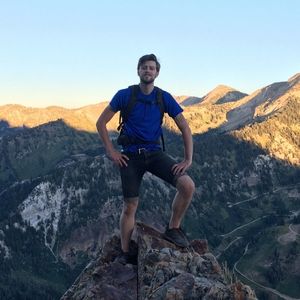 When you’re in remote country, maintaining communication with your partners is essential. The solitude of the mountains is intoxicating, but it can also be dangerous if you get separated from your party. That’s why you should carry two-way radios (or walkie talkies) when in the backcountry.

But how much radio is too much? Are inexpensive store bought models sufficient for technical mountaineering? In this guide, I’ll show you some of the best two-way radios on the market to keep you in touch with your team when mountaineering. I'll also explain what you should look for when you buy a two-way radio. Let’s dive in.

What Is A Two-way Radio?

To be clear, I’m not talking about CB radios or police scanners here. As the name implies, two-way radios have two functions. The first is to transmit, the second is to receive. They have built-in antennas for communicating with other radios on the same bandwidth.

Between my career as a wildlife biologist and my passion for outdoor recreation, I’ve been in a few emergency situations. When things go sideways, the most frightening prospect is being unable to call on your partners for help. As a result, I’ve become very safety-oriented when it comes to communication in the backcountry.

I’ve tested, dropped, dunked, broken, lost, found, and relied on many two-way radios over the years. Using my know-how of features, tech, and design, I compiled a list of the best products on the market. This guide is the result of that research, with the goal of giving you a hand in making a smart purchase. Here are my findings.

Best Two-way Radio on The Market 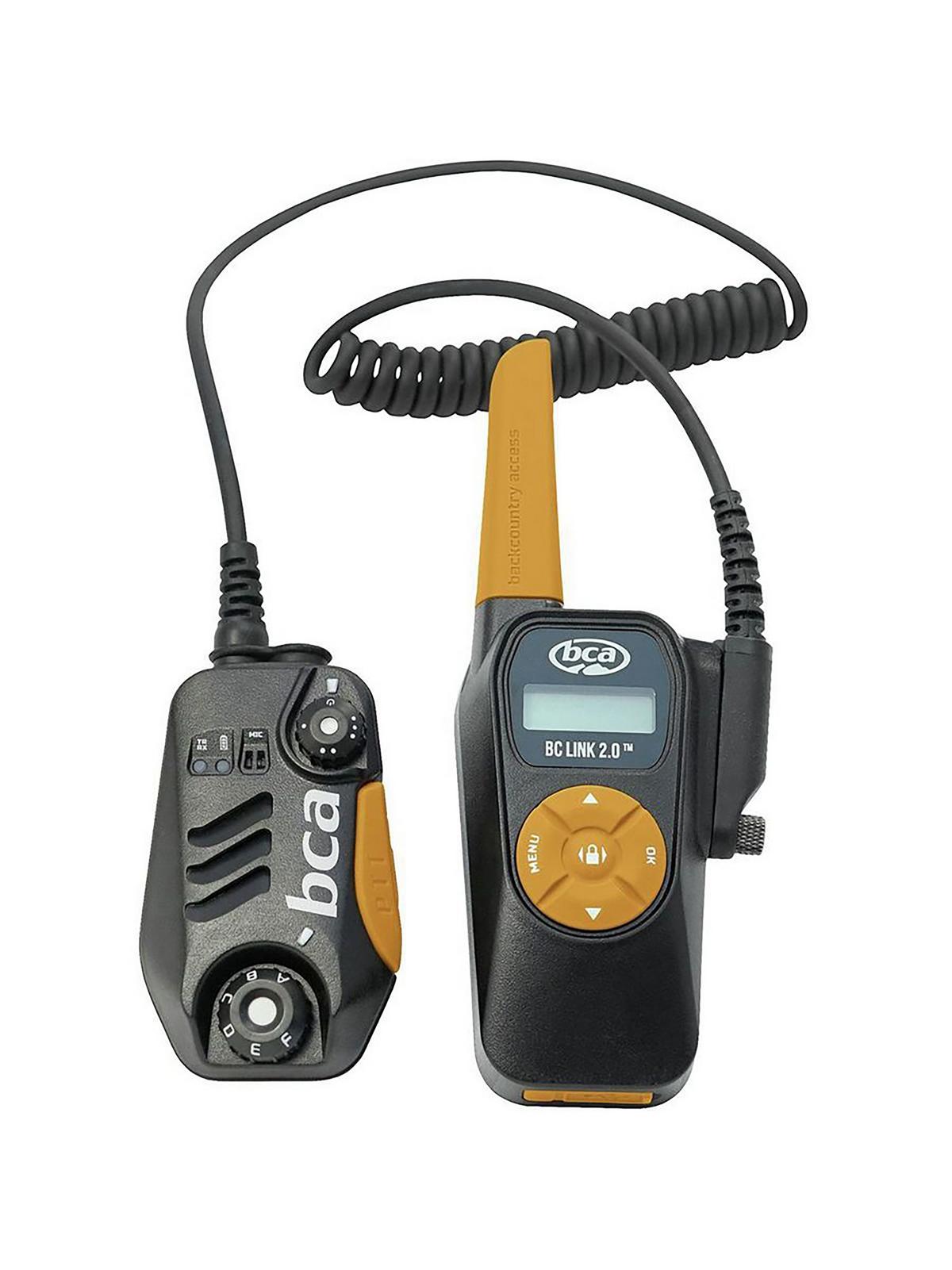 Not as many features as you would expect

If price is no object, shoot for the moon. The Backcountry Access BC Link is the ceiling for quality in commercial walkie talkies. It has excellent range, even in tough terrain and with bad weather conditions. The battery life is outstanding, running up to 40 hours on standby. If you’re stuck somewhere and waiting for help, this can be crucial.

The body has gotten a rugged redesign from the first version, improving the shock and water resistance. The design is easy to use in gloves, too.

There are a few drawbacks here. The first, of course, is the price. The second is how large it is. On long approaches where you need to layer and de-layer, clip and unclip gear constantly, having a big walkie hanging off your chest can be a pain. More disappointing is the lack of weather broadcast access, which at this price point should be standard. 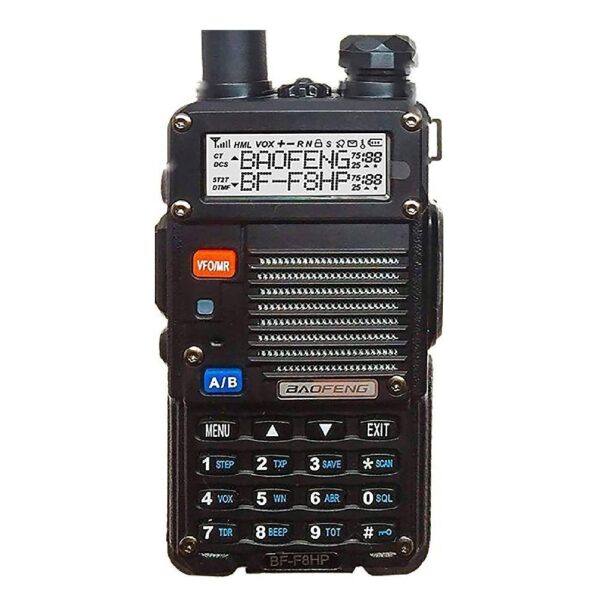 Not as waterproof or durable

When you start playing the “longest range radio” game, things can get pricey very quickly. Or, you can stick with the very affordable BaoFeng BF-F8HP. It has possibly the longest transmission range available commercially, as well as good battery life.

Functionality is also a big plus here; the amount of settings is pretty amazing. The Baofeng can operate on FRS, GMRS, NOAA, and even FM radio bandwidths and has a ton of channels. If you're looking primarily for radio range and technical prowess, BaoFeng is the winner.

But there are some downsides to going all in on range. In order to use this radio, you’ll need a ham radio license from the FCC. The BF-F8HP is also more complicated to use than other radios I’ve tested. It’s not the lightest or most durable radio on this list, either. 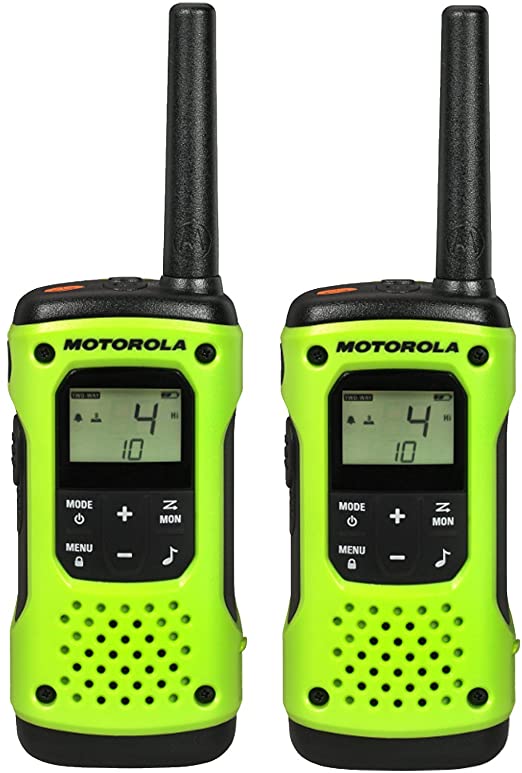 Motorola makes more two-way radios than just about any other company. The T600 is one of their most popular thanks to its ease of use and water resistance. We’re talking full submersion waterproofing here.

The range and battery are sufficient for most objectives in the mountains. The T600 uses either a rechargeable NiMH or disposable alkaline battery, which is convenient. It features weather channel alerts and also works as a flashlight. Lastly, it can transmit an emergency alert if you’re in danger. In emergency situations, these features can be lifesavers.

However, the cost can be prohibitive to some. There are cheaper models with better range and battery life. And if you’re worried about dropping your radio in water, you might want to opt for a radio with a backup leash like the Rocky Talkie. 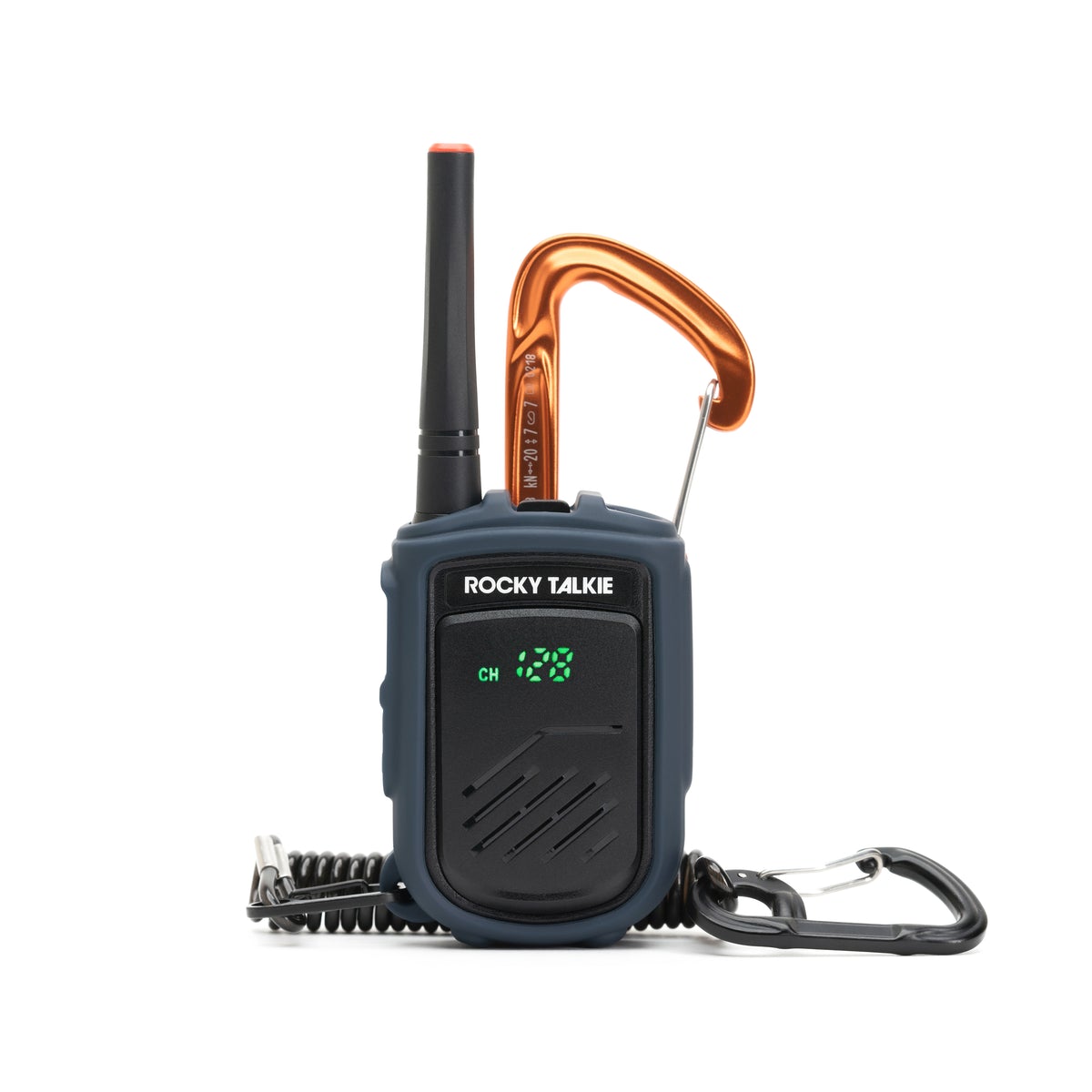 It has a reported maximum range of 25 miles (under optimal conditions), which is plenty. Like the BC Link, the lithium ion batteries are extra cold resistant so you don't lose power on chilly ascents. Its design focuses especially on user friendliness and weatherproofing, making it a clear choice in extreme weather conditions. It’s also a bit lighter than the BC Link, which is a plus.

The most glaring fault here is that the Rocky Talkie does not feature access to weather channels. If you’re isolated and depending on weather windows, this might be a feature you wish you had. Other than that, the Rocky Talkie is well worth the money. 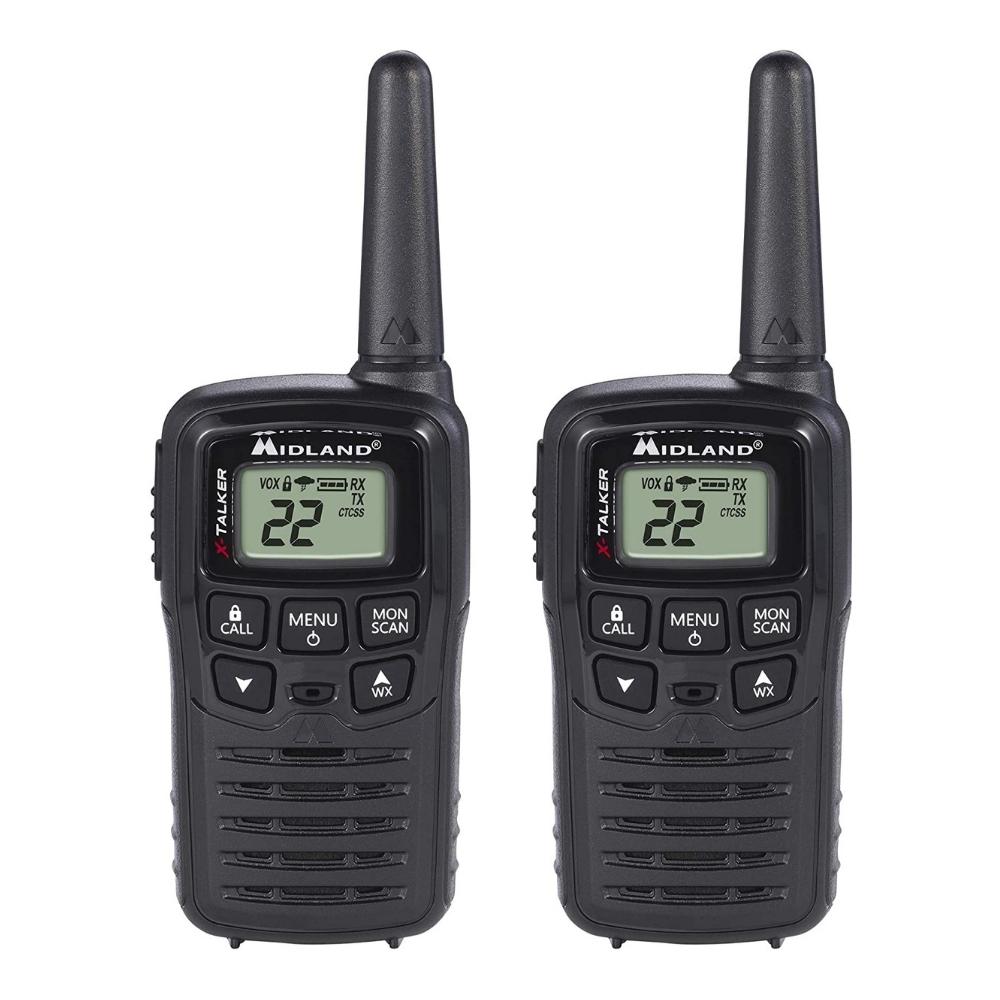 Battery life and range are not great

On the other end of the price spectrum from the BC Link is the Midland T10. Midland makes some of the best low-budget walkie talkies on the market.

Having a stripped-down, inexpensive option is great. For most uses, you probably won’t need an antenna that can pick up a signal in the next state. A simple push of the button to let your belayer know you’re anchored when there’s a lot of wind noise is enough. In a word, the T10 provides reliable communication without breaking the bank.

But don’t expect this radio to give you an update on the weather conditions or call search and rescue for you. The T10 is a standard handheld radio, with standard walkie talkie functionality. The range and battery life aren’t huge, and it runs on normal AA batteries, which could be a pro or a con, depending on how you look at it. 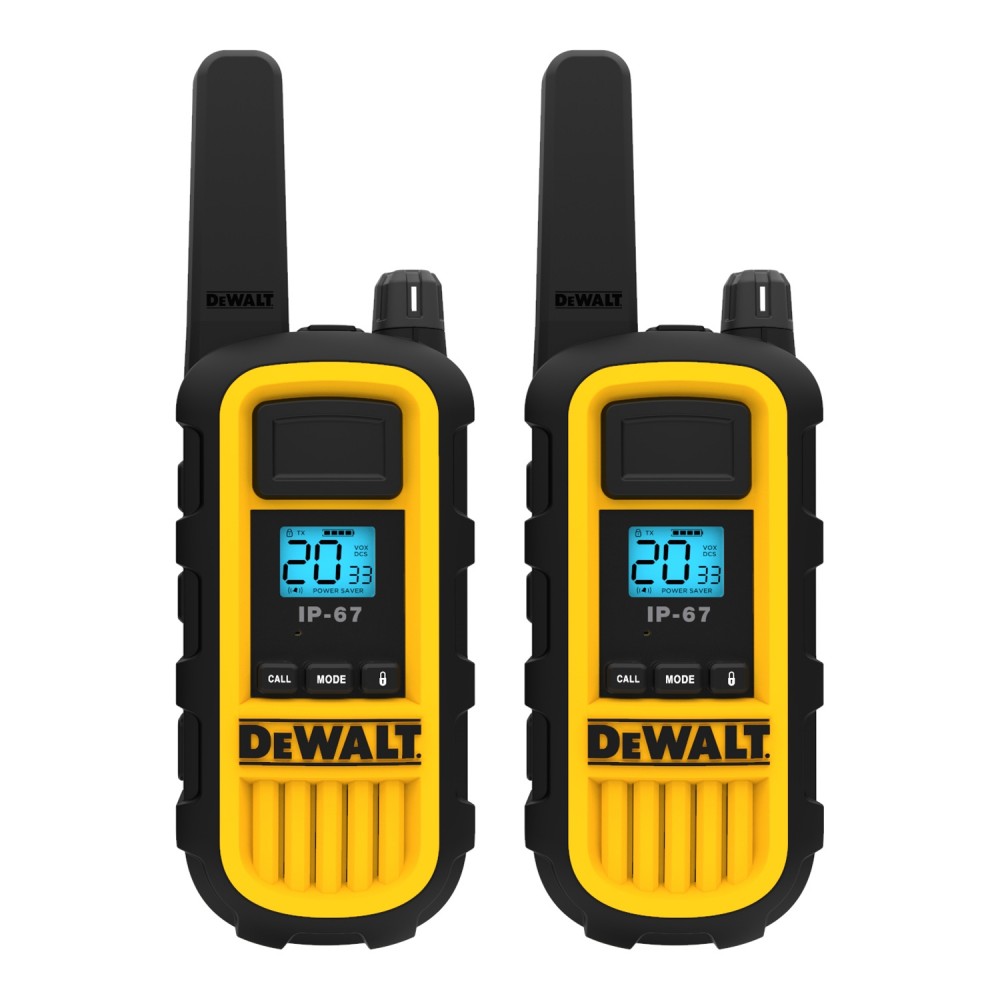 Who knew you could buy backcountry gear at Home Depot? The Dewalt FRS is a bombproof two-way radio for the accident-prone adventurer. If you’re the type of person whose phone is always cracked, broken, or in a bowl of rice, Dewalt’s got you covered. The FRS is a solid walkie talkie with shock proofing designed for use on work sites. For ruggedness, it’s simply the best.

On the other hand, it doesn’t have as many functions as more purpose-built backcountry radios. It’s also the second most expensive radio on this list. But if you would end up having to replace something less durable otherwise, the FRS may be worth it.

What Makes A Good Two-way Radio?

There are a surprising number of features that walkie talkies might (or might not) have. But which are most important in making a reliable radio? A few common features and functions to look out for are:

The strength of the signal you can send/receive is one of the most important things to know about your radio. Will you be able to talk to your party members on the summit while you’re at basecamp? Or even just over the next ridge?

The strength of a radio’s signal is usually displayed in watts. The higher (up to four watts), the better. A longer antenna will also increase the range, especially in rugged terrain.

Another factor that determines your radio’s range is what band it uses. The most common publicly available bands two-way radios use are FRS (Family Radio Service) and GMRS (General Mobile Radio Service).The important thing to know is that FRS is much more short-range than GMRS.

In addition, different radio wavelengths (UHF or VHF) can boost the signal as well. VHF typically performs better long-range and in hilly terrain.

Many two way radios use wall chargers. This often gives you longer battery life, but if your radio dies in the backcountry, you’re out of luck. Alternatively, some radios enable you to swap out batteries on the fly, but these batteries typically don't last as long. Radios that offer a dual power source option - both wall charging and battery swapping, are best.

If you’re expecting weather for any extended length of time, you need your radio to be waterproof. It only takes a little water leaking through your radio’s shell to fry the electronics inside.

Durability is also a concern. You want your radio to be able to survive a fall to the ground from chest height, at a minimum.

Some radios also use batteries designed to handle extreme cold, which is a big plus for winter expeditions.

Ease of Use and Design

A radio’s overall design is another major factor to consider when choosing a model for the mountains. If the temperature is in the single digits, you don’t want to have to take your gloves off just to push the talk button or change channels. Having a radio that you can operate easily with your thumb and forefinger in gloves will save you precious heat, time, and energy.

Some radios allow you to tune into Naitonal Weather Service broadcasts for weather alerts. This is a feature that could legitimately save your life, giving you time to turn around before high winds or precipitation set in.

Similarly, some radios allow you to broadcast an emergency alert. This sends out a ping that lets any other radio in range know that you’re in need of help. It’s not quite as foolproof as a personal locator beacon, but it’s a lot better than nothing.

The best walkie talkie on the market is the BCA BC Link 2.0 for its functionality and features. On a budget, the Midland T10 will get most jobs done fine. The most bang for your buck for mountaineering is the Rocky Talkie. In an emergency, the Motorola T600 is the most likely to save your skin.

I consider myself a citizen of the West. Currently residing in my hometown, Salt Lake City, Utah. Between my career as a wildlife biologist and my many outdoor hobbies (mountaineering, skiing, backpacking, climbing, canyoneering, caving), I’ve seen just about every nook and cranny of the Wild, Weird West. 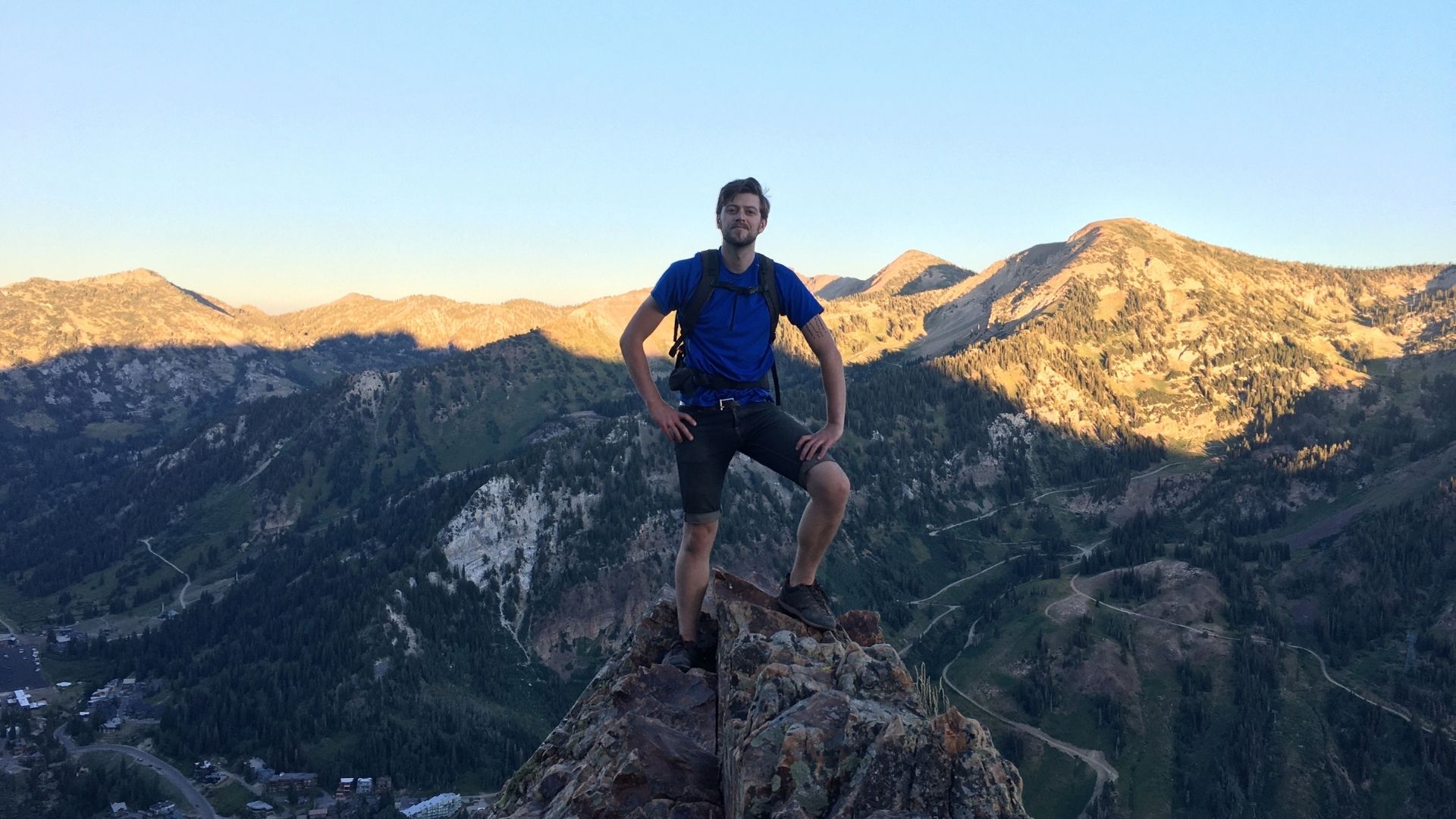 Biologist, naturalist, skier, climber, adventurer. Conrad is an avid outdoorsman, in every sense of the word. 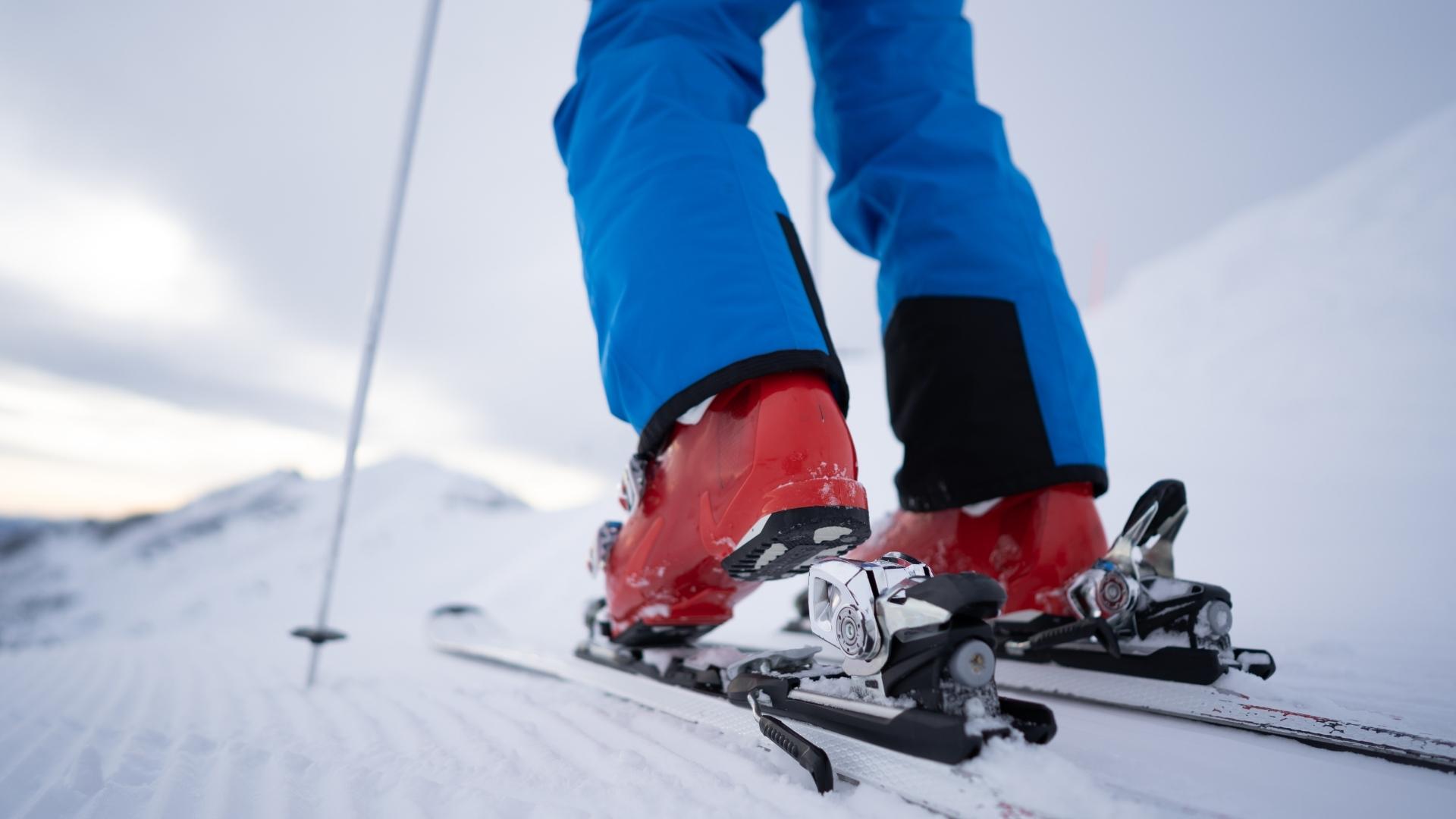 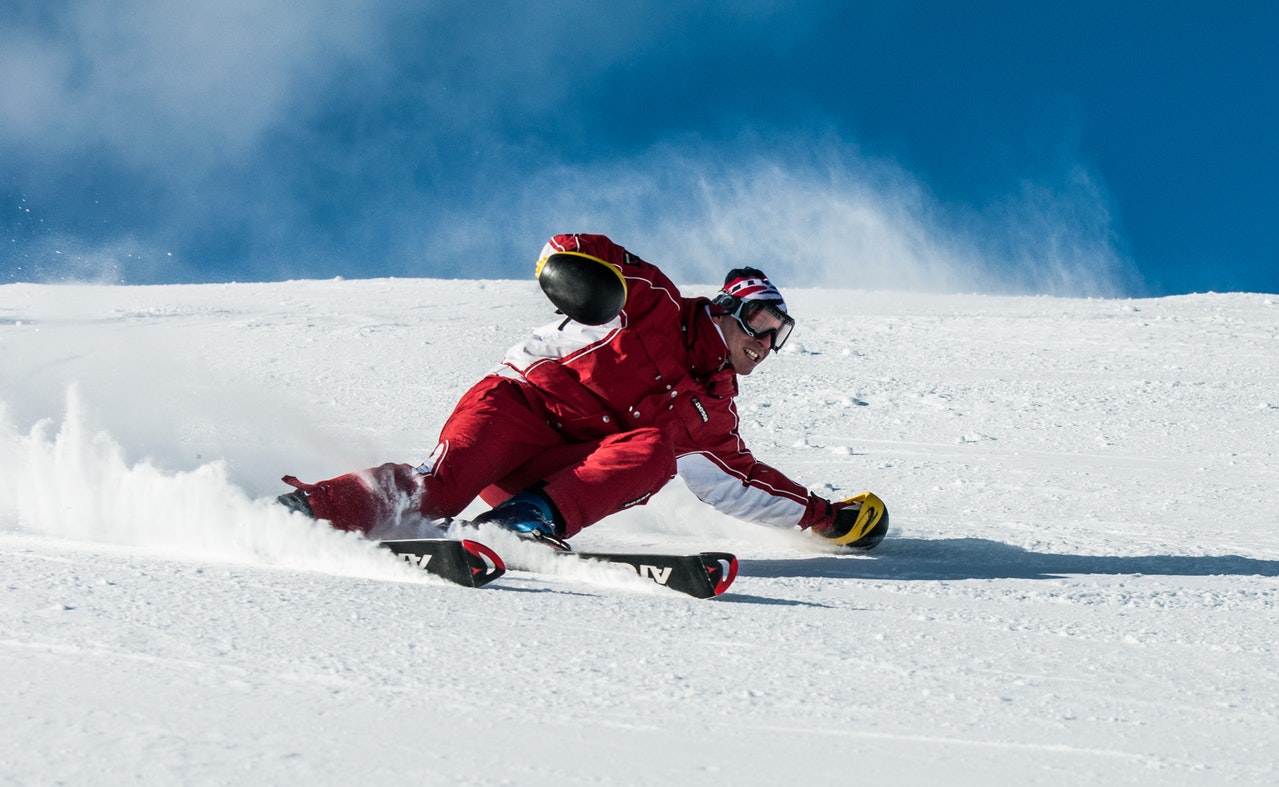 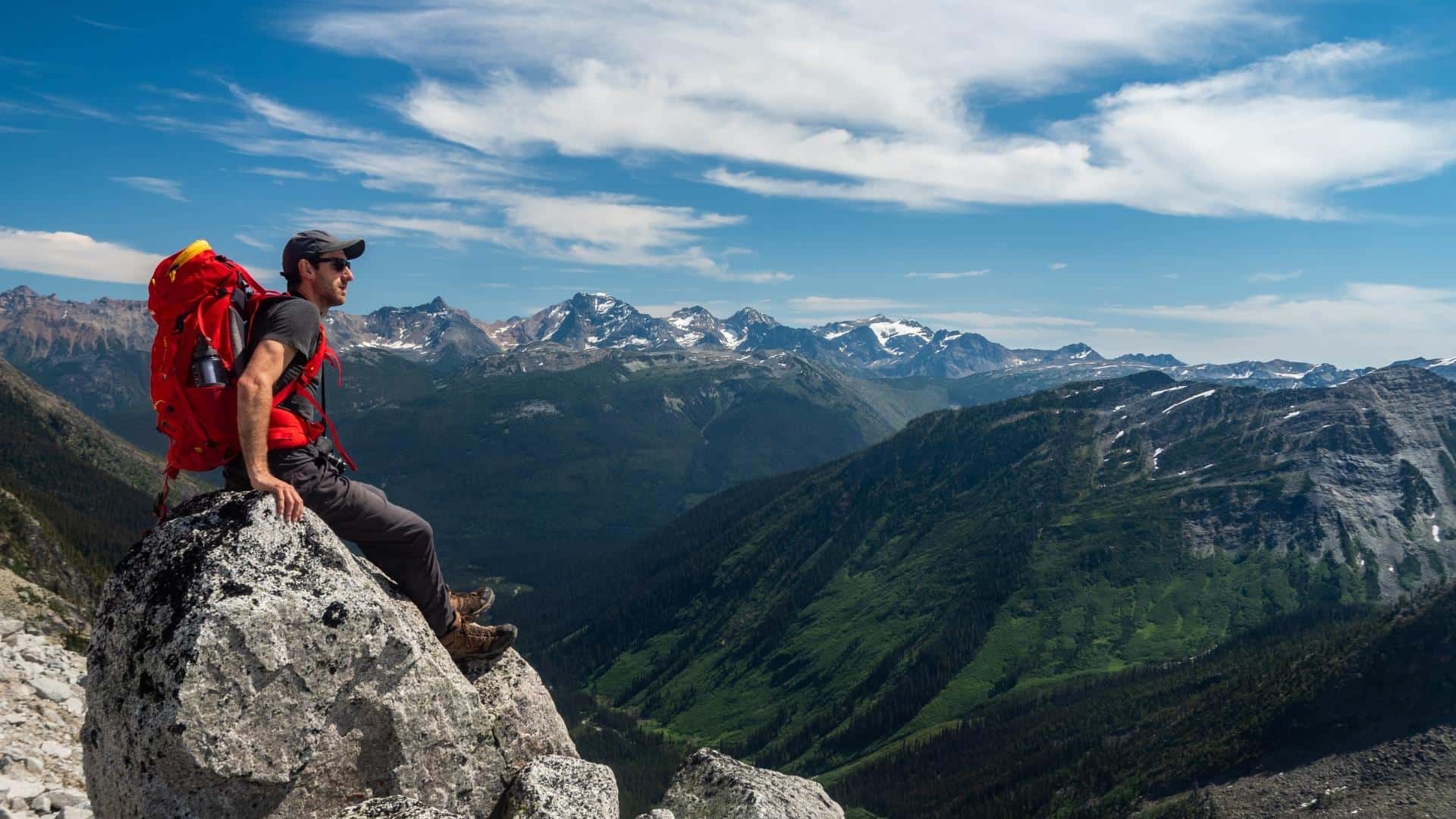 5 Best Personal Locator Beacons For Hiking & Mountaineering
We use cookies to improve your experience with AlpInsider. Please see our privacy policy for more information.
Got it!