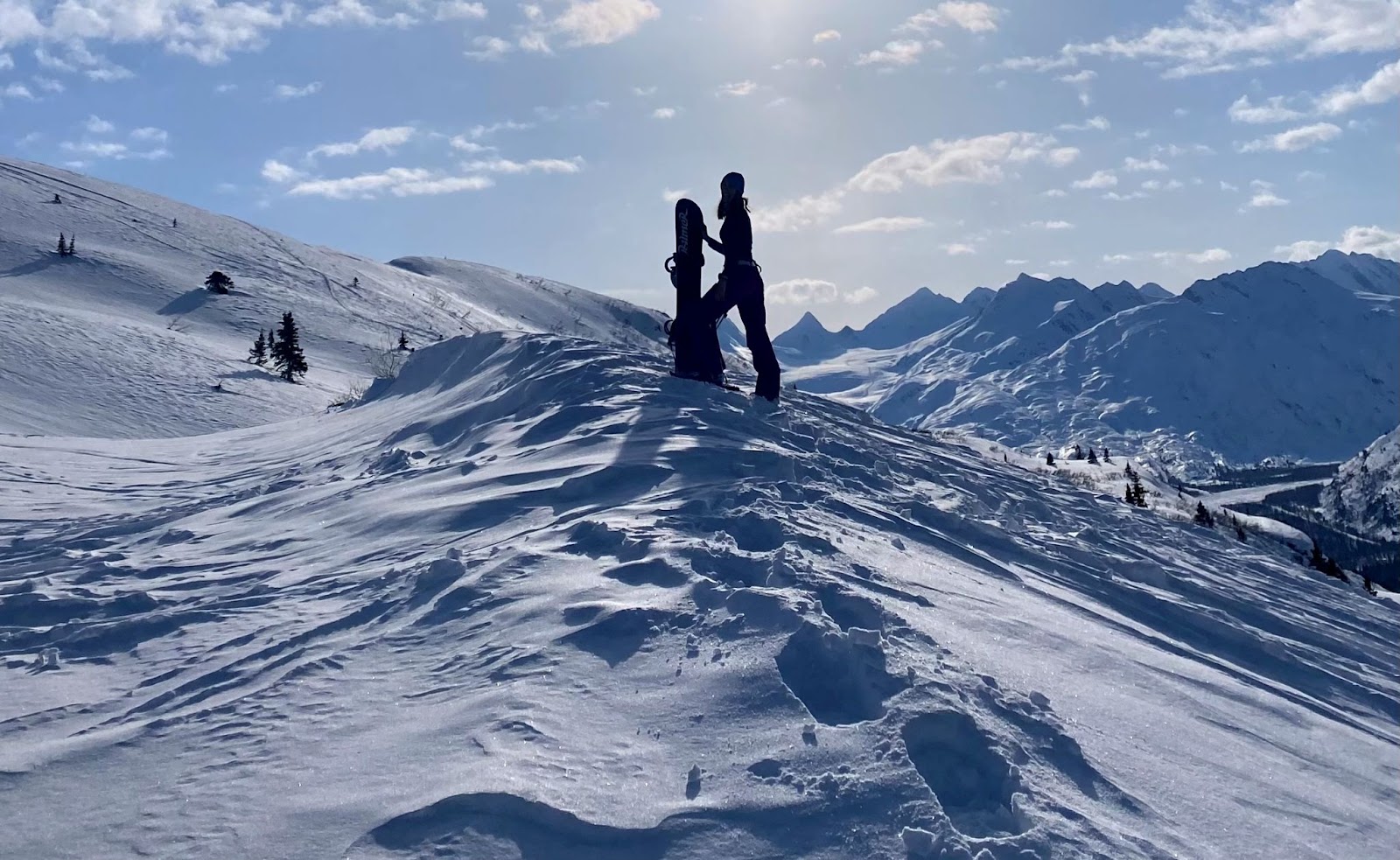 First came the water. I grew up on the East Coast, summers filled with salty skin, sailboats and surfing. In my late teens, snowboarding became a natural progression, and sliding on snow ruled my winters thereafter.

While wooded Northeast backdrops were always my backyard, my passion for a more rugged kind of outdoors had a late start. Even though I spent my twenties being active on a myriad of coastlines and mountains abroad, my first multi-day hiking trip wasn’t until my thirties. The same goes for my first time rock climbing in the alpine, ice climbing, and snowboarding outside of ski resort grounds.

I’m a firm believer, though, that it’s never too late to dive into something new.

These days, home is a Dodge Sprinter van in the Las Vegas valley. I split my time writing, climbing in Red Rock Canyon, teaching snowboarding, and daydreaming of the next adventure- be it ice climbing in Alaska or trekking in Nepal. I hope to never stop chasing curiosity, challenges and connections in wild places.

I grew up snowboarding on the eastern seaboard. The notion of touring uphill with skis or a snowboard simply wasn’t something my peers talked about. Sure, there were cross-country skiers on mellower slopes, but I never heard of –let alone saw– splitboards and climbing skins in the places I rode. I was convinced that it was something reserved for extreme athletes in steep, avalanche-prone areas.

Then, I got a lodge job in Alaska, hundreds of miles away from the nearest ski resort. I had no choice but to strap my board to my pack and snowshoe the surrounding foothills if I wanted to ride. After months of being pushed to try a splitboard, one day I borrowed equipment and finally took the leap.

It felt like a whole world opened up to me. And like I fell in love with snowboarding anew.

With a splitboard, the entire experience of riding changes. It’s as if you’re pedaling a bike to get somewhere instead of driving a car. Like with hiking, the hours spent climbing uphill are focused, intentional, and meditative. From your movements and your breathing, to the terrain you’re crossing, you absorb your environment in its entirety. It’s a beautiful synergy.

New worlds demand new breadths of knowledge, of course. So the safest way to dive into splitboarding is with uphill access routes at resorts (usually free!) and on lower-angle terrain (under 30 degrees.) There's a great deal at stake when you start exploring off-piste areas. Hence, avalanche awareness and snow safety is the backbone of any splitboard or ski tour.

I recommend taking the slow route, and putting in the work. Learn from skilled backcountry enthusiasts, take courses, read books and watch videos. A whole world will open up with a splitboard, but it’s one that’s just as much about commitment to education as it is about adventure.

I first heard about “The Winds” from two hikers at the edge of Glacier National Park in Montana. I had just finished a six day backcountry hike in West Glacier, and they had just finished 3,100 miles of the Continental Divide Trail. When I asked what their favorite stretch of wilderness was, they didn’t hesitate when responding the Wind River Range.

I knew then that I had to see it for myself.

Tucked in western Wyoming, the remote Wind River range is beloved by those who know of it. It encompasses two national forests, three wilderness areas, seven of the largest glaciers in the Rockies, and 13,804-foot Gannet Peak- the state’s highest. It’s often called the last truly wild place in the United States. A confluence of granite and glaciers, sprawling alpine meadows and high-elevation lakes, and basins teeming with wildlife.

My first trip in The Winds was out to Titcomb Basin, a 30-mile jaunt that highlights the magic of the area in just a few days. The Cirque of the Towers hike, at 24 miles, is another favorite. Plus, if you’re looking to scale up your adventure with some alpine scrambling or rock climbing, the options are endless! The Cirque of the Towers Traverse in particular is an epic way to experience the range.

I’ll never forget the feeling. A small glacial ski plane taking off towards the tallest peak in North America, leaving my partner and I alone on the Pika Glacier. Not much more than two weeks worth of food, two sets of skis and a splitboard, and three large duffel bags full of camping and climbing gear to our name.

The Pika, or “Little Switzerland,” is a jewel of an alpine playground in Alaska’s Denali National Park. Attracting budding mountaineers, rock climbers, and those looking for steep chutes and mellow ski tours alike, it’s a fairly accessible introduction to the cinematic, raw beauty of The Alaska Range. With the right guidance -or skills-  it offers something for every ability.

The environment is as welcoming as Alaska gets for honing skills, too. Especially for novice mountaineers! You’ll find optimal terrain to practice everything from rock and crevasse rescue to navigating bergschrunds.

Visiting Yosemite National Park as a rock climber is an intimate way to connect with the iconic valley. As the birthplace of modern American rock climbing, it’s hard to comprehend the history that’s engrained in Yosemite’s granite walls and spires until you’re there in the flesh, awestruck under landmark monoliths like El Capitan and Half Dome. Nothing beats feeling the rock for yourself and projecting routes put up by legendary climbers.

Now, if you’ve never climbed before, worry not. There are trips and courses offered by certified guides that get you on rock safely. If you’re an advancing beginner or intermediate climber with the proper gear: dive into the challenge! Yosemite’s climbing history wasn’t built on comfort zones. Want to hone your crack technique and gear placement on longer routes? Or maybe practice jugging for a big wall climb? Yosemite’s got you covered in all realms. Even if you just want to play around on single-pitch crags and spend the afternoons lounging by the Merced River.

Of all the brands we are continuously testing, the below are our overall favourites, providing consistent quality, value and reliability.

Patagonia is our go-to brand for outdoor clothing for all seasons. We especially love Patagonia’s base and mid layers – there are tons of ways to mix and match to suit any season.
Visit

Black Diamond is a one-stop-shop for all things mountaineering. We particularly depend on its technical climbing gear, including ropes, harnesses, rock and ice protection, carabiners, and rescue equipment.
Visit 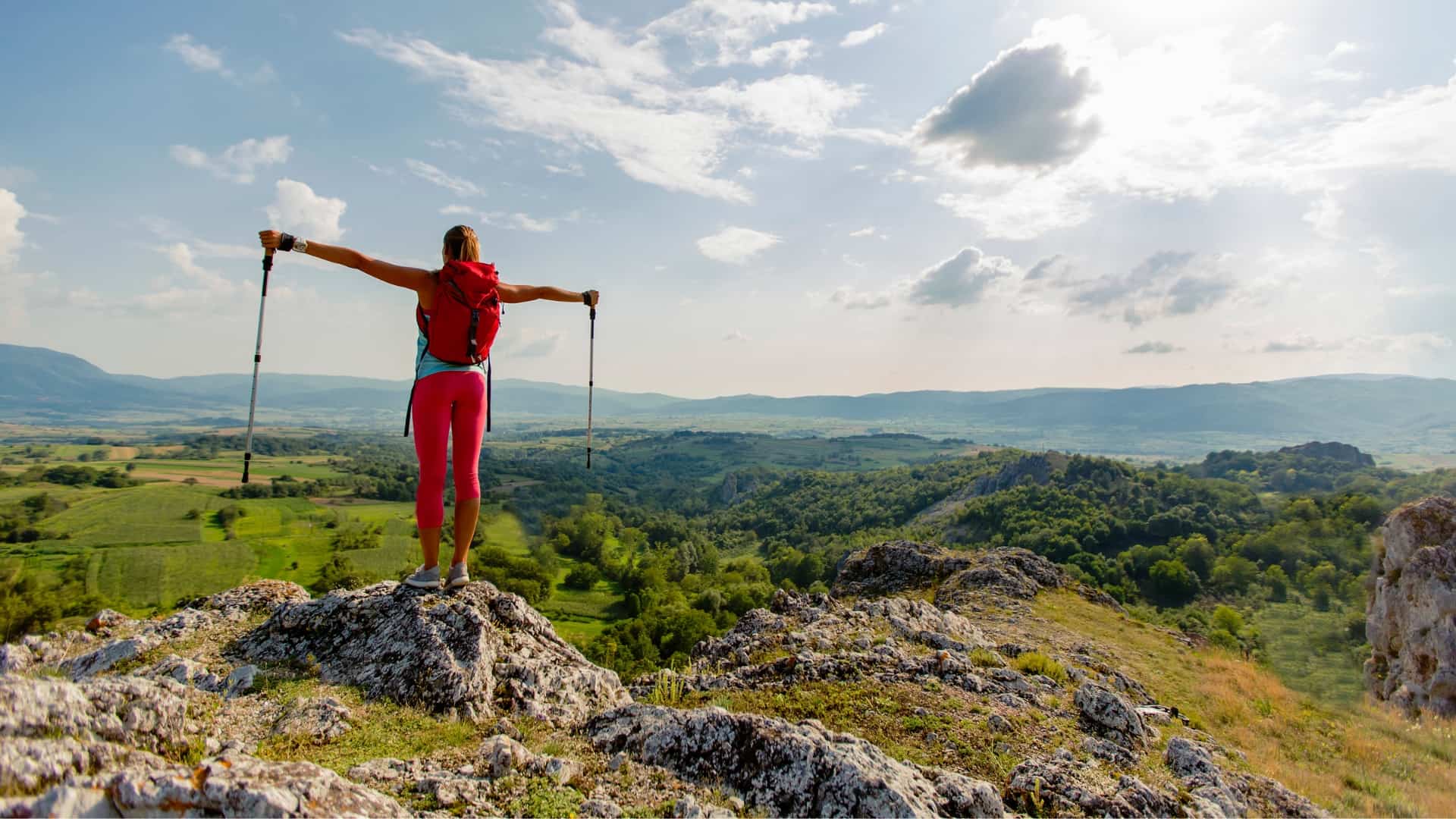 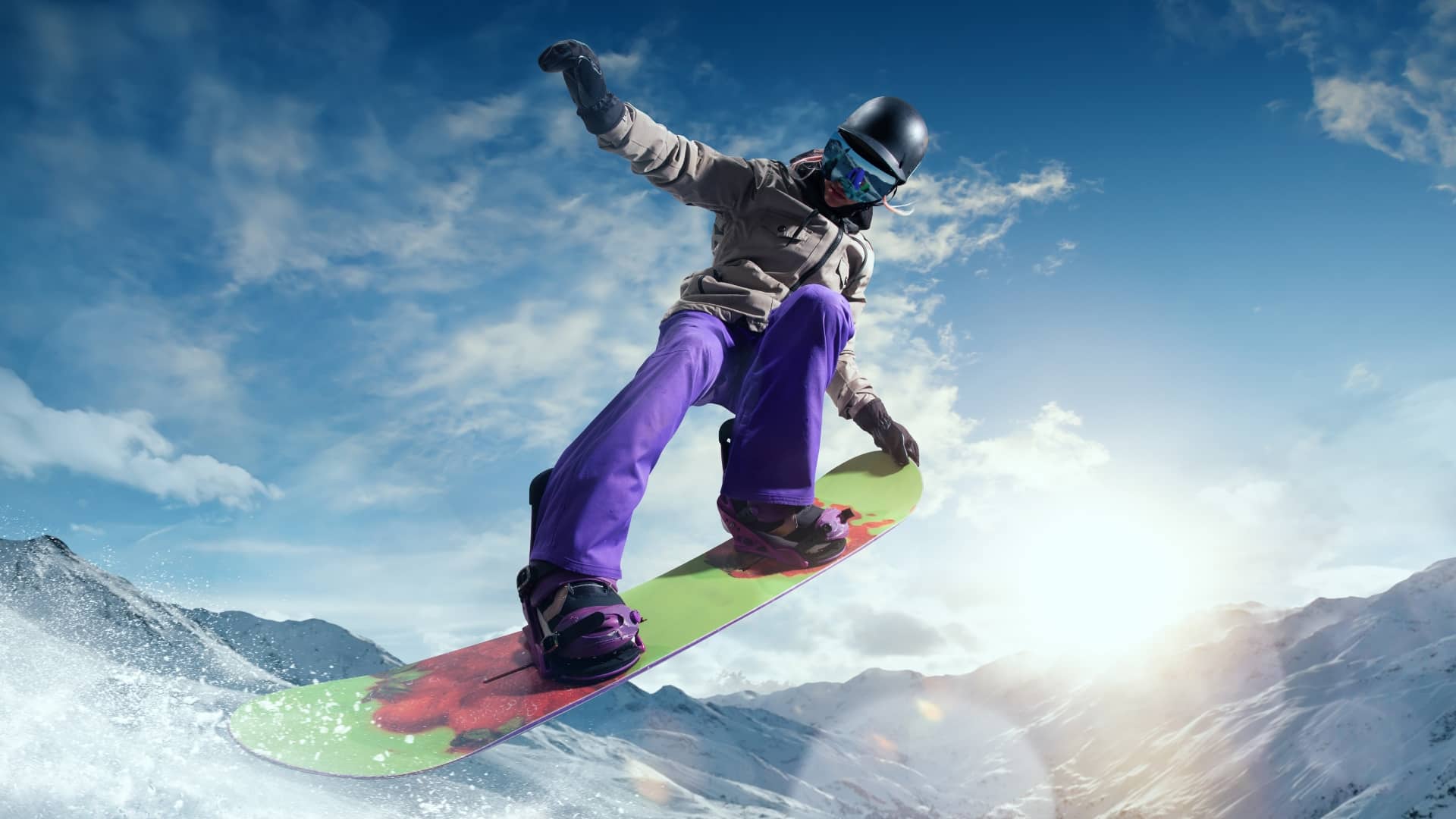 8 Best Women's Snowboard Boots For All Riders In 2023 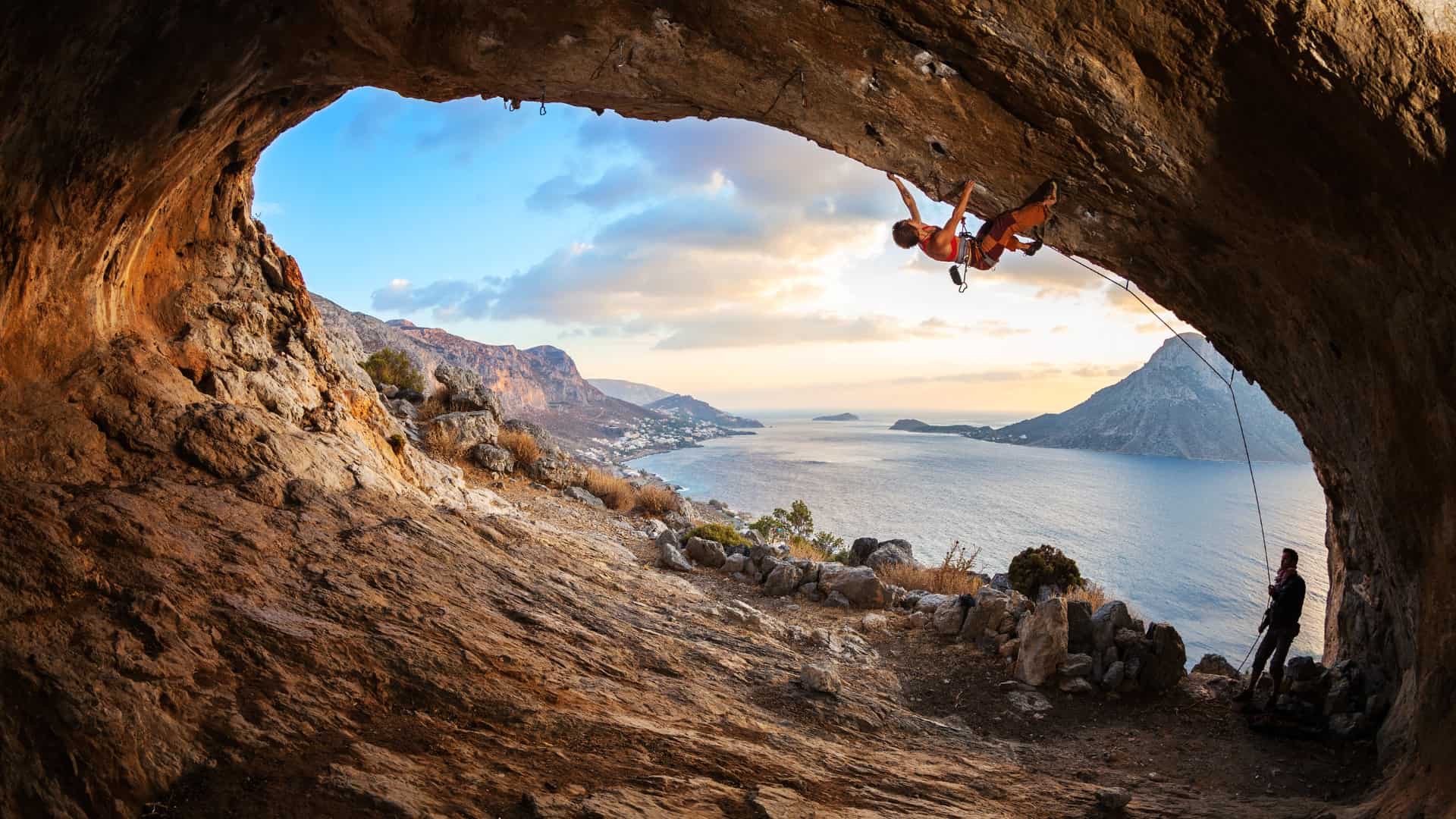 The 13 Different Types of Climbing 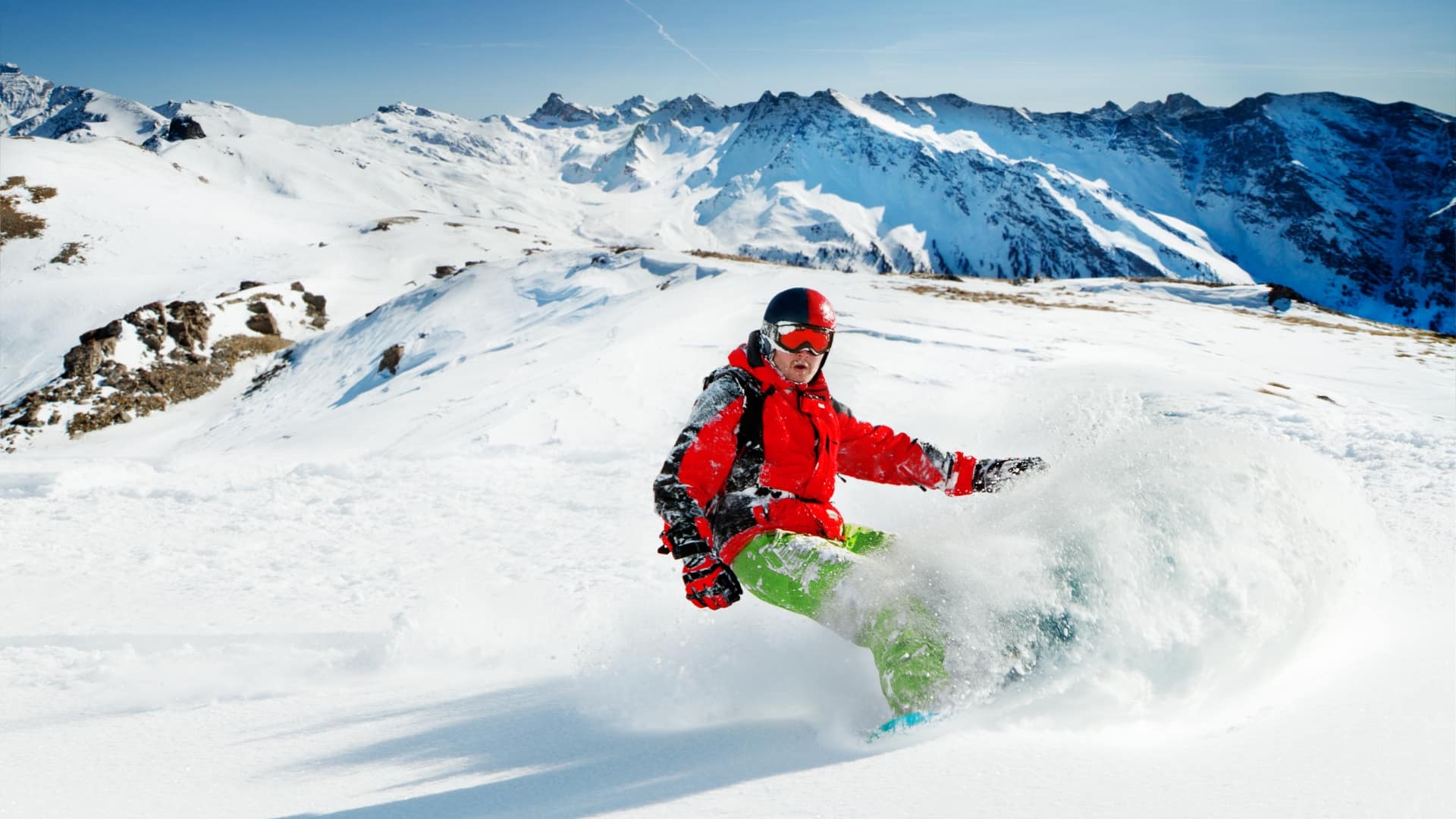 Thank you! Your submission has been received!
Oops! Something went wrong while submitting the form.
We use cookies to improve your experience with AlpInsider. Please see our privacy policy for more information.
Got it!